Do you know that, as a gamer, you can earn real-world money by playing your favourite game?

Let’s face it! Popular games like FIFA, PES, and Call of Duty, which you play now, earn you points or tokens.

However, you can’t convert those tokens to real-world money. Well, seems like a waste of effort. 💁‍♀️

How about I give you a rundown of the best 5 blockchain games that pay you real money for playing games?

That makes sense, right? Make sure to read to the end of the post.

Before now, free-to-play was the most influential model in the gaming market.

Players had fun without having to pay a dime to do so. Fair enough!

However, with a lot of traction recently, the current reigning gaming model is about to transition to Play-to-earn.

This time, players are not just going to have fun but will also earn value for their effort. Impressive!

Play-to-earn games (P2E) are games built on the blockchain to allow players to generate a stream of income by playing them.

Here is how it works:

Play-to-earn exploded in 2021 with the success of games like Axie Infinity, Sandbox, and the rise of Metaverse.

More gamers are jumping into this money-making space by the day.

In order not to miss out, I will show you the top 5 play-to-earn games you can play on your mobile phone.

Axie Infinity is played by over 1.8 million gamers worldwide.

It is the most popular play-to-earn game.

Sky Mavis, a technology-focused game studio developed it in 2018.

To play this game, you need to own 3 in-game characters called Axies.

You can use them to compete with your opponent’s Axies while on the battlefield, attend missions, win conquests, or breed them for money.

Winning a battle, breeding and selling Axies, and staking, among others, are ways you can earn from the game.

Rewards are paid in SLP and AXS tokens. Interestingly, it is possible to earn up to $1000+ per month from this game.

Axie Infinity is currently not available on the Google Play Store or App Store.

But you can download it on your mobile (Android and iOS) from the site.

{Suggested Read} Axie Infinity: Learn How To Make Money From The Most Profitable NFT Game

The Sandbox was first founded in 2012 as a free-to-play 2D mobile game.

However, after Animaco Brands acquired it in 2018, it was upgraded to a blockchain P2E game.

The Sandbox has had tremendous success so far.

It immerses gamers in a metaverse world where they can explore, create, and earn money.

Gamers can create games and in-game characters and export them to the marketplace, where they can sell them for money.

In addition, they can buy lands and turn them into a fortune or stake the SAND token for yields.

The Sandbox is in the Alpha version and is available for download on Google Play and App Store with over 8 million downloads.

Sorare will interest you if you are a sports lover.

There are three sports you can play in this P2E game: basketball, baseball, and football.

You will also be able to choose from a variety of the top football clubs, and basketball and baseball players in the world.

Gamers typically collect and line up cards representing real-world players to compete with other gamers.

These cards are NFTs that can be bought and sold.

However, there are common cards that gamers claim for a start, but they are not tradeable and cannot be used to earn rewards.

In other words, to earn from this game you need to buy game cards

Gamers earn NFTs or ETH by winning games. Sorare is available on the Google Play store and the App Store.

Players in this game own a guard, and a guard’s power, and align a deck of 30 cards to attack their rival’s guard.

The game brims with adventures, battlegrounds, and magical undertones.

In return for winning a game, players can earn GODS tokens, Stars, and a pack of core cards.

For additional earnings, players can sell their guard, and in-game collectibles, as well as forge their core cards into meteorite cards and sell them for money.

The game is available on the Google Play Store with 50,000+ downloads and on the App Store.

Splinterlands offers the same experience you gain by playing Pokemon and KeyForge.

It is a trading card game that was originally built on the Steem blockchain before migrating to the Hive blockchain in 2020.

The game allows players to stack their deck with cards and use them in battle rounds.

Splinterlands is free-to-play and players can get free starter cards to play with.

These cards, however, are not NFTs and cannot be traded.

A player only gains access to earning and converting cards to NFT after purchasing a “Summoner’s Spellbook” upgrade.

The SLP and DEC tokens are the in-game rewards, and they can be earned by winning battles and completing quests.

Splinterlands is available on both the Google Play Store and the App Store.

How To Convert The Tokens You Have Earned For Real Money

These exchanges listed below allow you to sell the in-game tokens you have earned for your local currency.

Sounds cool, right? I attached a link so you can instantly sign up with them if need be.

This is where we will draw the drapes.

With millions of users joining the space, it is fair to say that play-to-earn is here to stay.

Play-to-earn games are lucrative for gamers. However, to earn money, you need to own NFTs.

Are you ready to play-to-earn? Tell me in the comment box.

What do you think about Play-to-earn?

Which of the aforementioned games did you find the most interesting? I am awaiting your response.

Did you enjoy the post? Share it with friends by clicking the “SM” buttons below. Thank you! 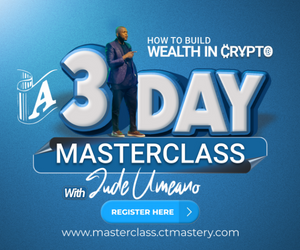