This post is a proper guide for you to be well informed on the best trending Bitcoin hardware wallets before making a choice.

It is no longer news on how millions have been lost in the crypto markets. Many have lost all their life savings, some have lost a significant number of cryptos and others may have one or two relatives or friends who have suffered such fate.

This is mostly due to the insecurities posed by storing coins in hot wallets or in exchange platforms.

Most of the time, the wallets or service providers don’t have any answers to what happened to your funds. Yes it could be anyone, cybercriminals are real and all they need is an internet connection to monitor your funds and clear them leaving no trace.

This is where the hardware wallets for cryptocurrencies come to play.

These cold storage devices are designed to store your funds offline, making it almost impossible to be hacked. The security of your funds will totally depend on you if you are using a hardware wallet.

I will introduce the top hardware wallets in this post to help you make a better choice, don’t miss out on this.

They are also called Hierarchical Deterministic (HD) wallets because a seed phrase will be assigned to your device on initialization for back up. In case of a missing or stolen device, you can easily recover your funds with this phrase using another wallet.

The wallet is useless in the hands of any unauthorized person because it requires a pin to grant access to the user.

Hardware wallets are simply designed to put you totally in charge of your digital funds. Even though the wallets provide top-notch security, the user must be careful not to share vital information about the wallet with anyone i.e. the seed phrase and Pin Code. Also to make sure you are buying a brand new device.

This is hardware wallets in a nutshell, I will go ahead to introduce the best wallets available following this list below;

Sit tight; this is going to be brief and straight to the point.

The word TREZOR means “VAULT” and yes, storing your cryptocurrencies in this wallet protects them from physical and virtual theft. It is equivalent to storing them in a well guarded physical vault. Trezor is the first hardware wallet to grace the crypto security market and has ever since remained one of the top wallets in the market.

It has two wallets which are incredible and look almost like the regular car key. 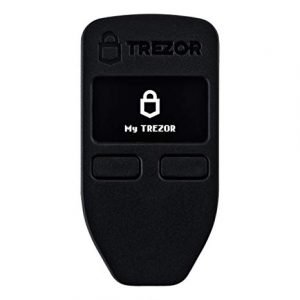 The Trezor one is a veteran player in the security game and supports over 1000 Cryptos including ERC20 tokens. However the wallet does not support Ripple XRP, Ada ADA and Monero  XRM which I found very surprising.

The wallet is compatible with macOS, Windows 8+ and Linux computers.

The device costs $80 and it’s not the cheapest in the market even though it’s worth the price. 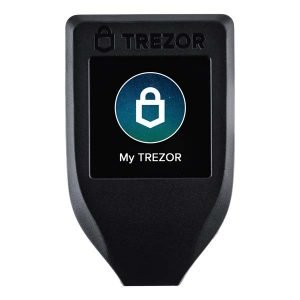 The Trezor T is a slight upgrade of Trezor One. It comes with a touch screen and supports more coins than it’s predecessor. In this version, Trezor included the coins lacking in Trezor one i.e. Ripple XRP, Ada ADA and Monero XRM.

The wallet is sold at $170, even for the touchscreen I still find this price a little too high. But in general, the Trezor T will give you what you are looking for in hardware wallet.

Ledger is Trezor’s closest competition, established in 2014 by 8 experts in Paris, the company has garnered enough reputation in the cryptosecurity market over the years.

Personally, I like the design of the Ledger Wallets, as they look more like a USB flash drive, one can easily go unnoticed when carrying it.

Ledger’s proprietary technology called BOLOS is used to hold the private keys in a secure chip that is permanently kept offline.

The company has two reputable wallets currently on sale and software that works as an interface between your Ledger device and the computer called “Ledger Live”. 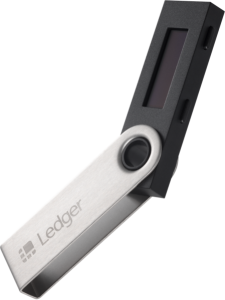 The Ledger Nano S works almost like the Trezor.

It comes in the shape of a USB flash drive and requires the presence of its user for any transaction to be confirmed.

This is made possible through the inclusion of two hard keys that must both be pushed at the same time by its user before any Cryptocurrencies can be transferred.

Buying a Ledger Nano S is a huge step towards totally safeguarding your Cryptocurrencies against hackers. 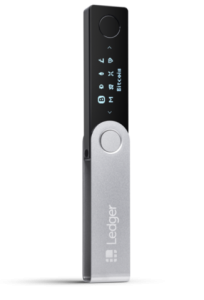 The Nano X is a superior hardware wallet, it is shaped and designed like the Nano S but somewhat bigger in screen and body size.

The wallet has a Bluetooth connection that let you connect your smartphone to it.

Yes, this wallet allows you to carry out your transactions wherever you find yourself. All you need is to have your wallet around and a smartphone.

But I found out the Bluetooth connectivity is not very swift. Ledger will have to work on that to perfect it.

The Nano X also got a rechargeable inbuilt battery, meaning you don’t have to connect it to any computer before it turns on

That’s it on Ledger wallets, now we move over to the next.

KeepKey is a hardware wallet that stores crypto assets by keeping the private keys offline, backed by seed Phrase and has in-wallet exchange via Shapeshift.

A beautifully and well-designed device, covered in an aluminum casing. It has a wide area touchscreen that makes the device seem bulky. You will hardly go unnoticed carrying the device in your pocket.

If you are a fan of beauty and durability, you could try using the KeepKey. But one con I found about the device is its limited coin support (only about 40+ coins are supported). If you will be storing a lot of coins, then the Keep Key is not for you.

The device sells for $70, which is very affordable compared to its former $239 price tag.

The Bitfi is a paradigm shift of the usual hardware wallet, supposedly the most secured the Wallet system and does not store your private keys on the device.

With the exact shape of a smartphone, the device’s touchscreen is one of the easiest to operate.

One very cool feature you will find interesting about the Bitfi Wallet is its unlimited coin support. The wallet automatically updates itself to install any new coin that’s added by Bitfi.

Read Bitfi full Review to be wowed on the device’s unique features.

Still, think you don’t need a hardware wallet? Here are some historical hacks:

In addition to the above, over 25 exchanges have been hacked in the past leading to investors losing their fund. This is one reason you need a hardware wallet.

The above are the best bitcoin wallets. This post will be updated as soon as there’s a need for that.

I hope this post was helpful for you to pick a good wallet?

Have you used any of these devices listed above?

If yes, I’d like you to share your personal experience and I’d be replying to any questions you may have about this post or hardware wallets.

See you in the comments. 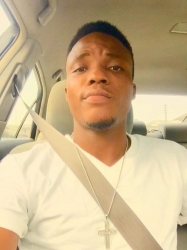 6 thoughts on “6 Best Bitcoin Hardware Wallets for all Cryptos”