Home » News » 10 Blockchains With the Highest Transaction Speed in 2022

Speed is vital in the blockchain space. This is why blockchains with the highest transaction speeds boast of their capacity.

Feel free to start from any section. You’re the boss.

Now, to the business of the day,

1. What is Transaction Speed?

In plain language, transaction speed is the time taken for data (money, cryptocurrency, or information) to transfer from sender to receiver.

Consequently, the faster the speed of the transaction, the better it is for everyone.

Let me explain better with a story.

Imagine going on a lovely date at an expensive restaurant. You have a great time; the food and scenery are fantastic.

Finally, it’s time to pay, and you decide to pay with your ATM card because you are out of cash.

The payment goes through from your end. You know this because you’ve gotten a debit alert.

However, the receiver doesn’t get the money; the POS machine reports TRANSACTION FAILED!

You say to yourself: “Ha! But that was the only money in my account; where did it go to? So my village people also follow me into fancy restaurants?”

Thankfully, that was an imaginary situation. But, unfortunately, this happens a lot.

If you’ve experienced something similar, you already know how embarrassing and annoying a messed-up transaction process can be.

Note that for a transaction to go through, it must be confirmed.

Therefore, the quicker the confirmation rate, the faster the transaction will be completed.

Now that you’ve understood transaction speed, let’s see how this works for the blockchain.

2. Blockchain and Transaction Speed: Why is Speed Important?

Generally, the efficiency of a blockchain network is measured by how fast it processes and completes transactions.

Speed determines the time a block spends confirming a transaction. Therefore, transaction speed can make or break a blockchain network.

Many crypto investors consider transaction speed before investing in projects. So, yes, it’s that important.

However, two (2) factors determine which blockchains have the highest transaction speed. They are:

Transactions per second (TPS) refers to the number of transactions a blockchain can efficiently handle per second.

Occasionally, a system overload causes the network’s transaction speed to decline. In a worst-case scenario, the network’s system goes down completely.

However, talking about transaction speed per second and not mention scalability will be ridiculous.

Scalability is the capacity of a blockchain to carry out a significant volume of transactions per second.

However, it isn’t just scalability and transaction per second that makes a blockchain efficient.

The time the network’s node takes to confirm and complete each transaction is also important.

This leads us to the second factor,

“Blocks to finality” is a term used to describe the number of blocks needed to be added to an older block’s tail to prevent a block’s reversal or attack.

A transaction is complete only when the crypto has safely arrived at the receiving wallet. Meaning there won’t be any reversal.

So, contrary to popular belief, data sent on the blockchain is reversible. Admittedly, it’s a rare occurrence, but it can happen.

The truth is, the probability of a transaction reversal on a blockchain network is never zero.

However, the probability of a reversal becomes slimmer with each new block added to the chain. This phenomenon is known as probabilistic finality.

Theoretically, the blockchain’s newest block can be reversed in many blockchain networks.

Interestingly, all blocks on the chain can be rolled back or reversed. Fortunately, it’s costly, so thieves tend to stay away.

Unfortunately, newer blocks are less expensive and easier to roll back or remove from the blockchain. This makes them vulnerable to attacks.

So, the older a block is on a chain, the more expensive and challenging it is to remove it from the chain.

In essence, time to finality not only prevents a block rollover but also prevents double-spending.

Now, to the moment you have been waiting for,

3. 10 Blockchains With the Highest Transaction Speed in 2022

Here’s a list of some current top-rated BLOCKCHAIN projects with high transaction speeds.

Note that all the blockchains on my list work with the Proof of Stake (PoS) consensus mechanism except Zilliqa which uses Proof of Work.

Clicking on any of the blockchains in the table takes you to where you will find more details on it.

Solana is undoubtedly one of the fastest blockchains in the world. The network was founded in 2017 by Anatoly Yakovenko, Greg Fitzgerald, Raj Gokal, Stephen Akridge, and Zed Zed.

Solana is a PoS network that prioritizes scalability. Additionally, the network’s goal is to provide an ecosystem for developing decentralized applications.

The network has a TPS of 65,000 with a TTF between 2-46 seconds. Unfortunately, network congestion is one of its downsides.

Well, you can’t blame the network for attracting so many people. It’s fast!

You can read more about Solana here.

Elrond is a PoS blockchain network founded in 2018 by Beniamin Mincu. Interestingly, the network is also a cryptocurrency.

The network can handle large volumes of transactions at an affordable rate, making it attractive to many investors.

Additionally, it uses smart contracts to support decentralized applications on the network.

You can read more about Elrond here

Fantom is one of the recent blockchains considered an alternative to Ethereum. It’s a highly scalable blockchain that provides fast and affordable services for users.

It was founded in 2018 by Ahn Byung Ik, who created it to provide a platform for developing decentralized applications.

The network has a TPS of 10,000 and a 1-second TTF. Besides being a fast blockchain network, it also has a low gas fee.

You can read more about Fantom here.

Avalanche is a smart contract platform that uses the proof-of-stake consensus model. It was launched in 2020 by AVAX labs.

The network is a highly scalable blockchain that supports the creation of other cryptocurrencies.

Avalanche has a TPS speed of 4500 and a TTF of 1 second. Unfortunately, there are occasional rises in its gas fees because of play-to-earn games.

You can read more about Avalanche here.

Zilliqa is a proof-of-work blockchain network launched in 2017 by Amrit Kumar and Xinshu Don.

The network processes 2828 transactions every second with a finality speed of a few seconds.

It solves scalability issues by splitting the network into smaller sub-networks capable of processing transactions in parallel.

Also, Zilliqa is a permissionless and open-sourced network that scales securely.

You can read more about Zilliqa here.

Aptos is a layer 1 proof-of-stake blockchain platform. Besides being fast, the chain is both safe and scalable. Mo Shaikh and Avery Ching co-found the Aptos network.

It has a transaction per second speed of 2000 and a sub-second time to finality. Now, that’s fast!

Unfortunately, the Aptos network is only available on testnet. However, Aptos Labs says that transactions will be done parallelly on the blockchain.

Additionally, all transactions in the same block are committed together to minimize resource wastage.

All these procedures contribute to the network’s high transaction speed.

You can read more about Aptos here.

Tron is a blockchain network that also has a native cryptocurrency called Tronix. Justin Sun founded Tron in 2017.

Tron is a PoS blockchain network with a similar architectural framework to Ethereum. However, Tron has a faster transaction speed than the latter.

The blockchain has a TPS of 2000 and a TTF of 3 seconds. Besides being fast, the network is cheap; there are no transaction fees for transactions done on the network.

You can read more about Tron here.

Algorand is one of the blockchains that attempts to simultaneously resolve the blockchain trilemma of speed, security, and decentralization.

Silvio Micali founded the blockchain network in 2017 and launched it alongside computer scientists in 2019.

Algorand is a permissionless blockchain network that uses the PoS consensus model to confirm transactions.

The blockchain also has a TPS of 1200 and a TTF of fewer than 3 seconds.

You can read more on Algorand here.

Gavin Wood founded Polkadot in 2016. One unique thing about Polkadot is that it allows interoperability between other blockchains besides being fast.

Let me explain that in plain language.

Polkadot allows unrelated blockchains like Bitcoin and Ethereum to interact with themselves; how cool is that?

Additionally, it is an affordable PoS blockchain network. It has a TPS of 1000 and a TTF of 12-60 seconds.

You can read more about Polkadot here.

Charles Hoskinson began working on Cardano in 2015 and launched it in 2017.

Cardano is also one of the post-Ethereum blockchains that positions itself as an alternative.

The network is open-sourced and uses the PoS model to confirm each transaction. It also has a native token called Ada used to pay gas fees.

Cardano has a TPS of 250 and a TTF of 20 seconds. So besides being scalable, Cardano is also affordable for investors.

You can read more on Cardano here.

And this brings us to the end of today’s article.

Join me in the next section as I conclude and say my goodbye.

If you want to learn how to trade cryptocurrencies profitably, then enroll in our Crypto Trading Mastery Course by going to www.ctmastery.com

You can also join us on Telegram to get more details.

So, speed is everything in the blockchain space.

Transactions are always happening in the space, and investors want to wait.

Unfortunately, not all blockchains can provide a high transaction speed due to the blockchain trilemma.

However, this does not mean slow blockchains are inefficient. You must understand that different blockchains solve different issues.

So, your priorities determine what blockchain you eventually work with.

Now, as much as I would love to go on, everything with a beginning must end.

I hope you enjoyed your read.

Then, don’t forget to share it with other crypto enthusiasts.

Check these other posts from us: 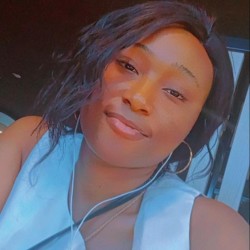 Join 7,129 other subscribers.
Share this ArticleLike this article? Email it to a friend!
Email sent!