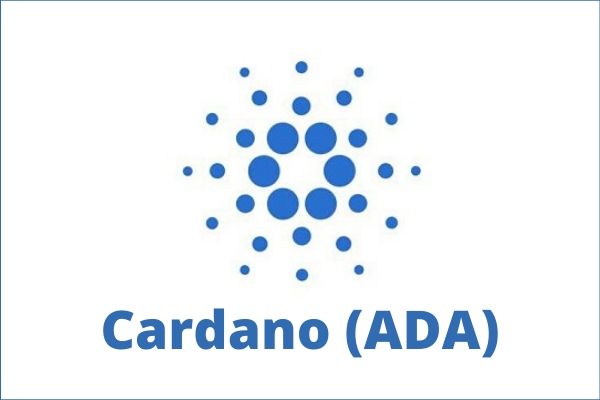 Today’s post is about yet another spectacular cryptocurrency – Cardano(ADA).

Cardano(ADA) is a cryptocurrency that was launched in 2017 after 2 years of development by its team.

Claiming to be a 3rd generation cryptocurrency, it seeks to address the problems encountered by coins of the 1st and 2nd generation.

And as such, it was targeted at solving the issues of scalability, sustainability, and interoperability.

In this post, I explained in concise details how it does that and also information on the best wallets and exchanges to use.

So… If you’re set to roll with me all through, I am all in!

Let’s get the ball rolling right away.

Here is the part where I let you know all that will be discussed with the various subheadings.

This aids for easy perusal and accessibility of the info provided. The subheadings are as listed below:

A click on any of the subheadings opens up its details.

First things first: You should know that there a difference between Cardano and ADA.

If you’re talking about the actual cryptocurrency itself, then you should refer to ADA while Cardano is the blockchain that hosts the crypto-coin –ADA.

But most people are used to saying Cardano when referring to either the coin or blockchain; just as with Ethereum and Ether where both are referred to as Ethereum.

You can go ahead and watch the 8 mins video below that explains Cardano or you can choose to read the text where I equally explained it; go ahead and make your choice!

The process of analyzing any given coin in the crypto ecosystem will be better understood when initiated from:

This will give us a better understanding of what we have on the table.

How It Came About

Cardano is a decentralized public blockchain and cryptocurrency project that is fully open source. It was launched in September 2017 after 2 years of working on its development.

It was founded by Charles Hoskinson (who is one of the earliest experts in the world of cryptocurrencies) and Jeremy Wood.

It differs from other cryptos because it is built around a peer-to-peer reviewed paper. This simply means that it was reviewed by experts before its team proceeded with their work.

Cardano has a foundation layer that is used for settling payments(just like Bitcoin). On the other hand, it also has a control layer that runs smart contracts. Its network is like half Bitcoin and half Ethereum.

As mentioned earlier, Cardano claims that ADA is a 3rd generation cryptocurrency that seeks to improve on the 1st and 2nd generation coins.

It ranked Bitcoin as the 1st generation coin which served as the digital gold. After it, Ethereum came as the 2nd generation coin; ushering in the era of smart contracts.

But both have the problem of scalability which ADA seeks to solve among other issues.

Cardano and ADA have found their way to the top of the crypto charts while trying to win the battle for the best smart contracts alongside IOTA and NEO.

What It Stands For

Cardano is targeted at scalability, interoperability, and sustainability. It solves these issues in the following ways:

To solve the issue of scalability, it sought to handle the problem of the number of transactions conducted per second, network bandwidth, and storage of data.

For the problem of transactions per second, it solved this by the use of Ouroboros Praos, a new Proof of Stake consensus mechanism. This means that instead of mining, you can stake your Cardano in order to participate in the consensus process of the network. The network selects few nodes called Slot Leaders to confirm transactions.

The network bandwidth issue was solved by the use if RINA(Recursive InterNetwork Architecture). RINA splits the network into subnetworks that can still communicate with the other networks if need be.

It also plans to implement pruning, compression, and partition to ensure data are stored safely.

Here, it seeks to handle the problem of many cryptos that do not operate together and that of no support from banks and the government.

In order to get cryptos to operate together, it seeks to create the Internet of Blockchains i.e a blockchain that will understand what is happening in the other blockchains.

To win the support of banks and the government, it wishes to give interested persons the option of attaching manual data(sort of an ID) to their transactions.

To ensure its project does not die off due to financial constraints, it seeks to create a treasury where a percentage from every transaction is stored to be used only for the development of Cardano.

The Team Behind It

3 different entities are responsible for the sustenance of Cardano’s project. They are:

Cardano Foundation is an independent body based in Switzerland with core responsibilities to help oversee and supervise the development of Cardano and its ecosystem.

It is committed to protecting and promoting Cardano and advocating on behalf of the users and community of the protocol.

Emurgo drives the adoption of Cardano and adds value to ADA holders by building, investing in, and advising projects or organizations that adopt Cardano’s decentralized blockchain ecosystem

IOHK is a technology company founded by Charles Hoskinson and Jeremy Wood in 2015. It is an engineering company that builds cryptocurrencies and blockchains for academic institutions and corporations.

Now that we know the nitty-gritty of Cardano, I will go over to talk about the best wallets for it in the next section.

Where Can I Store My Cardano(ADA) Safely?

The top 5 wallets that you can use to store your ADA are:

Of the 2 models of Trezor wallets(Trezor One and Trezor T), only Trezor T supports the storage of ADA and other 1000+ cryptocurrencies. Trezor T is a hardware wallet and a smart upgrade of Trezor One. It is compatible with hot wallets such as Adalite and Yoroi.

There are currently two Ledger models – Nano S and Nano X and both support the storage of ADA and many other cryptocurrencies. The Ledger wallets are the most popular multicurrency hardware wallets. The app can be used through your desktop and mobile device.

This is still the best and most secure hardware wallet for Cardano and other crypto coins as at the time of compiling this list.

Bitfi stores your ADA securely offline. Considering security, Bitfi security is state of the art with the development team claiming it to be unhackable.

This claim is based on the fact that nothing is stored on this device; not the seed keys or the private keys.

This is the official Cardano wallet. Daedalus is a desktop wallet that uses advanced cryptography to secure your funds so you can be confident that they are safely stored.

Coinomi is a mobile wallet where you can store up to 1,500 assets including ADA as well as exchange these cryptos for one another directly from the app. It is available on Windows, macOS, and Linux.

Having known the best wallets for storing ADA, the next discussion will be on the reputable exchanges to use in buying/selling ADA.

ADA can be bought, sold and traded like every other cryptocurrency. It is currently ranked as the 14th best cryptocurrency on coinmarketcap.com(as of 20/12/2019) based on its market capitalization and trade volume.

The top exchanges where you can purchase ADA in Nigeria include:

Blockvila is a Nigerian exchange based in Port Harcourt, Rivers State in Nigeria.

It is a broker exchange founded in 2017 and as formerly known as Ngexchanger.

The exchange offers support for all types of cryptocurrencies including Bitcoin, Ethereum, Cardano, and many others.

If the coin you want to buy is not listed, you only need to contact its customer care and it will be provided for you.

Founded in China by Changpeng Zhao, it is a trading platform for Cardano and more than 500 crypto pairs.

To buy ADA from Binance, follow the following steps:

Coindirect is a cryptocurrency exchange launched in 2017 and it offers 2 types of accounts to its users.

Business accounts help merchants integrate cryptocurrency into their business while with the Personal account, you can trade 24/7 and enjoy other services from Coindirect.

You can buy and sell Cardano and over 38 cryptocurrencies either by P2P using fiat or by swap i.e exchanging one crypto for another.

The exchange recently(12th Dec. 2019) listed the ADA/USD trading pair and withdrawals were enabled on 13th Dec. 2019. It further promises to extend the ADA market with new pairs.

The supported coins include Bitcoin, Ethereum, Litecoin, Cardano, and 150+ cryptocurrencies.

In the next section, I will be looking at what the future holds for Cardano.

The Future of Cardano

ADA is considered by many to be the future of Blockchain technology as many experts describe it as an altcoin with great potentials.

As if that was just a mere coincidence, it ranked among the top coins upon its launch which didn’t come as a surprise anyway, as its innovations were found to be better than Ethereum’s.

Ethereum, no doubt, has played a pivotal role in the development of blockchain technology. However, it seems to have run into some pretty powerful opposition.

Cardano, as we know it, has started on the front foot. Its ICO raised over $62million, a feat made possible through the sale of over 30billion ADA tokens. The project roadmap, when actualized, will further improve its value.

This is the last part of this post and where I hit the brakes.

I hope you enjoyed and learnt a lot from this post?

Well, it’s time to find out!

So after reading through, do you know of anything amiss…maybe a wallet or an exchange that I left out?

Do you think the Ouroborous Praos(Don’t bother about pronouncing it right; it’s quite a mouthful) is the answer to the issues of scalability?

Or perhaps, you have your own questions to ask?

Just put them down in the comment section below; I will be checking back for them