Anticipation Of A Bull Market Intensifies, ATOM And AVAX To Take The Lead 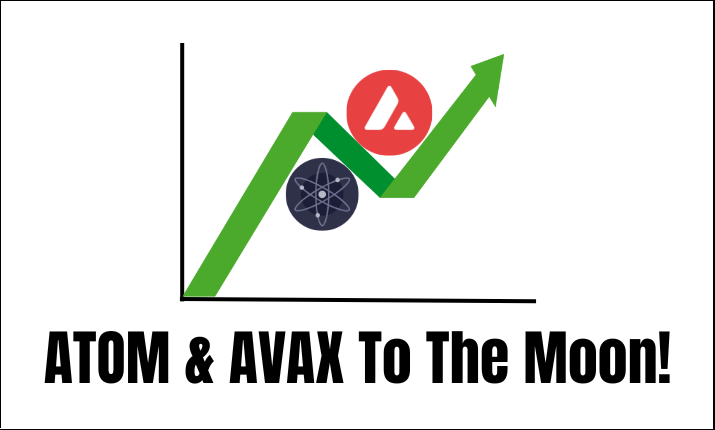 Members of the crypto community are ready for the next crypto bull run as analysts are slightly shifting from bearish to bullish positions. Bitcoin (BTC), the leading cryptocurrency recorded a new high of $18,197.86 today while ATOM and AVAX have seen a >20% surge in the past week.

Cosmos (ATOM) is a decentralized network of independent blockchains a.k.a the “internet of blockchains.”

The vision of Cosmos is to create an ecosystem where independent blockchains can scale and interoperate with one another.

ATOM is the native token of the Cosmos Network. Holders of ATOM enjoy transaction discounts and voting rights.

Even with the bear market of 2022, building didn’t stop in the Cosmos ecosystem and the ATOM token maintained an upward trend for an ample period.

One major contributor to this growth is the proposed launch of the ATOM 2.0 update.

In essence, this update will boost the value of ATOM through liquid staking and interchain security.

Also, Layer 1 blockchains and DApps running on Cosmos will use ATOM to verify on-chain transactions.

Thus, enabling the Cosmos Hub to run many blockchains in parallel, all with the same security attributes.

Eventually, ATOM will be staked on various chains, increasing the number of locked ATOM.

Furthermore, Delphi Labs chose Cosmos over Ethereum late last year for its R&D activities. This also brought a lot of attention to the network.

Besides, the generic chains in the ecosystem (mainly Kava, Evmos, Juno, Cronos, and Fetch.ai.) have not disappointed investors.

Here’s another cryptocurrency that is heightening hopes for a crypto bull run in 2023.

Just yesterday, Ava Labs, the company behind Avalanche (AVAX) announced a partnership with Amazon Web Services (AWS). And in less than 24 hours, AVAX’s price jumped by 20% (now trading at $15.25).

The goal of the partnership is to “accelerate enterprise, institutional, and government adoption of blockchain.”

John Wu, president of Ava Labs, couldn’t hold his excitement. In his words;

“This is the beginning of something much, much bigger. AWS recognizes how blockchains are evolving, with subnets serving as app chains, and wants to be one of the hosting providers for the many subnets that people are about to launch.”

Avalanche is an open, programmable smart contracts platform for decentralized applications. It provides a fast, low-cost, and environment-friendly network for developers to build on. The AVAX token is used for staking and transaction fees.

This network is a game-changer and investors should expect more exciting news in the future.