What is Bitcoin? – All You Need To Know About The #1 Cryptocurrency 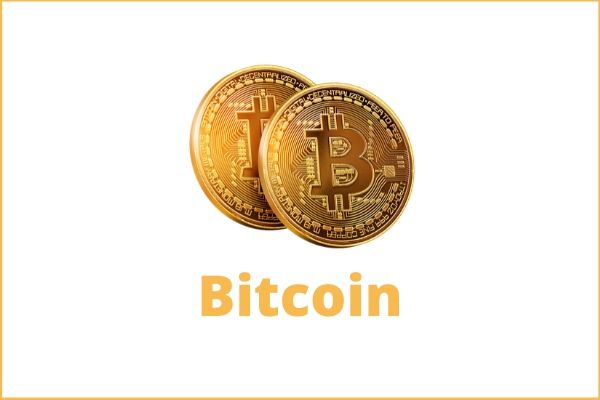 In this post, I will be telling us all about the #1 cryptocurrency – Bitcoin.

Bitcoin is a decentralized cryptographic virtual currency that was created in 2009 by Satoshi Nakamoto.

Since inception, Bitcoin has increased more than 1000% of its original value.

It is widely accepted as a means of payment on various sites and online stores.

By the time you will be reading the concluding part of this post, you would have known every tiny detail there is to know about Bitcoin.

Ready to unravel all the facts with me? I am more than ready too!

Fall in line as we set off.

In this part, I listed out all the main points that I will be discussing. They include:

To access the details of any main point, just tap on it and it opens up.

Having listed out the points to be discussed, let’s get down to the business of the day at once.

What Is Bitcoin? – A Brief History

For clarity’s sake, I will like to distinguish between Bitcoin and BTC.

But as is the case with Ethereum and Ether, Bitcoin is used interchangeably for both the token and the blockchain.

With the air cleared, Bitcoin is a consensus network that enables a new payment system and completely digital money.

It is the first decentralized peer-to-peer payment network that is powered solely by its users – no middlemen.

From a user’s view, Bitcoin is pretty much like cash for the Internet.

How Did It Come About

Bitcoin came as a response to the clamour for a currency that is devoid of any central guiding authority. To further explain this, I will take us back to history.

In years past, many things such as cowries, salt, metal, etc have served as means of exchange. At some point, gold was settled for by many persons because they are rare to find.

Eventually, the bad side of gold was discovered: its weight makes it difficult to carry around. As a remedy, fiat(paper) money was created and is still in use to date.

Though fiat money is easier to carry, it can easily be counterfeited(something impossible with gold) and of course, the problem of double-spending(which banks solved in a centralized way).

The search for a better solution gave birth to Bitcoin which was later followed by other altcoins.

It was created by Satoshi Nakamoto. He published this invention on the 31st of October 2008 in a cryptography mailing list in a research paper called “Bitcoin: A Peer-to-Peer Electronic Cash System”.

It was implemented as an open-source code and released in January 2009.

No one knows who Nakamoto is. It was claimed that Nakamoto was a man living in Japan, born around 1975.

However, it is believed that Nakamoto is a number of cryptography and computer science experts that are not even Japanese, living in the United States and Europe.

An Australian programmer Craig Steven Wright has claimed to be Nakamoto, though he has not yet offered proof of this.

He, She or They was active in the development of Bitcoin until December 2010.

As of 10 December 2016, Nakamoto owns roughly one million Bitcoins.

I will go ahead to discuss the peculiarities of this currency that drew people to it.

Scroll down to read.

Bitcoin is a decentralized, digital/virtual currency that is secured by cryptography.

In this definition of Bitcoin lies its uniqueness which I will discuss in detail right below.

One of Satoshi’s aim when creating Bitcoin was the network’s independence from any central authority like banking institution or monetary reserve bodies.

It is made in such a way that any person, as well as every computer involved in mining and transaction verification, becomes part of a vast network. Moreover, even if some part of the network goes down, the money will keep moving.

This is only possible because of the distributed ledger technology called Blockchain Technology.

Bitcoin is a digital currency.

This simply means that it cannot be printed like the NGN and USD we hold and use every day.

This simply means that it uses cryptography as security.

Cryptography is a method of protecting communications and information by the use of codes that can only be deciphered by the person that the message is meant for.

Bitcoin transactions are anonymous in the sense that no personal information is displayed; only the Bitcoin address.

But you can trace one’s wallet address to know how much BTC it contains by carefully studying the blockchain.

Though certain types of wallets provide utmost security for the coins they contain, a simpler measure to by-pass this is the use of multiple Bitcoin addresses.

You can also avoid sending large amounts of Bitcoins to a single address so as not to draw attention to it.

Transactions involving Bitcoins are fast because payments are processed almost instantaneously. This is unlike everyday bank transactions that take hours if not days before they are processed.

Unlike fiat currencies that the authorities in charge can decide to print as much as they want, Bitcoin has a limited supply of 21 million coins only.

Currently, more than 18 million are already in circulation and the whole 21 million coins are expected to be completely mined in 2140.

Talking about mining, I thought it’s just gold that can be mined? What’s Bitcoin’s business with mining?

Read all about that in the next section.

How Is Bitcoin Mined?

When you hear Bitcoin mining, do you envisage shovels and excavators lined up to dig up coins from the ground?

Bitcoin mining involves the creation of new coins that are done by miners for a reward.

The miners do this by using Nodes(supercomputers that contain a copy of the Bitcoin software)to confirm transactions by solving complicated mathematical equations.

The first miner to figure out the equation claims the reward and a new coin is released.

The amount of Bitcoin given out as a reward to miners decreases with the halving time. It halves every 4 years or after 210,000 blocks.

As of when this post was written, the reward is 12.5BTC counting down to the next halving speculated to happen in May 2020.

Bitcoin uses Proof of Work consensus mechanism(For this, the amount of computational work done by the miner determines the probability of mining a new block).

For the mining algorithm, it uses SHA 256 (Secure Hash Algorithm 256) and the hardware used is Application Specific Integrated Circuit(ASIC).

The difficulty is adjusted every 2016 blocks depending on the time it took to discover the 2016 previous blocks. At 10mins per block, 2016 blocks will be found in 2 weeks.

Read more about this here.

Another way to acquire Bitcoin is to buy them from exchanges.

Below, I listed a good number of reputable exchanges where you can purchase BTC.

Having written an extensive article on the 10 best exchanges to buy/sell Bitcoin in Nigeria and beyond, I will just go ahead and list these exchanges.

You can also swap other cryptocurrencies for Bitcoin on exchanges such as ShapeShift, Changelly, etc.

Another way you can get Bitcoin is to earn it for free…Yes, you heard me: for free!

You can learn how to earn Bitcoin for free with these 12 proven ways.

The next thing I will be discussing is where you can safely store your Bitcoins when you acquire them.

Top Wallets to Store Your Bitcoins

You may ask: But Bitcoin is a digital currency now. What has it got to do with wallets again?

The answer: A whole lot!

I know the idea of wallets that you have are those brown/black leather purses with spaces for money and some cards.

But trust me, that is far from what wallets are in cryptocurrency(though they still serve the same purpose – storage of currencies).

Cryptocurrency wallets are programs, applications or devices that are used to store and manage cryptocurrencies.

The wallet stores the Private Key(a very long string of numbers and letters that grants access to where your Bitcoins are stored) and the Public Key(this is a cryptographic code that allows users to receive cryptocurrencies into their account; more like an email address) which are the tools that are used to manage your crypto transactions.

Bitcoin wallets can either be in hot(online) or cold(offline) storage form.

This is because the internet connection leaves them exposed to remote attacks.

These are convenient but not very safe to use wallets. This is because they rely on internet connection to operate.

They are better used to store small amounts of Bitcoins and multifactor authentication is greatly advised.

These wallets store your private key on the computer thus a malware-free computer is required.

They are relatively unsafe and are prone to hackers.

These wallets store your private key on your mobile phone.

Though convenient, substantial amounts are not to be stored in mobile wallets. Multifactor authentication is strongly advised.

Cold wallets provide more security mainly because they are not connected to the internet.

They are very convenient to use only that they have to be carried around to enable the user to access the coins and are mainly vulnerable to physical attacks.

This involves writing down your private key on a paper and keeping in a safe place. Multiple copies of it can be made.

Its problem is that paper can easily be destroyed by fire or water leading to the loss of your Bitcoins.

It is less secure because the chosen text can be predicted and more so, in the case of a fatal accident that leads to memory loss, the coins are lost forever.

These are the safest wallets because of how they work.

Most of them are hierarchical deterministic(HD) wallets that supply the users with a seed phrase(about 24 words) that the user writes down and keeps somewhere safe.

And in the event of theft or loss, this seed phrase is used to restore the contents of the stolen device.

Examples of hardware wallets include:

Having known the best wallets to use, you can now safely store the Bitcoins you have acquired so far.

I will be looking at what the future holds for Bitcoin next.

Having existed for a whole decade and experienced a worldwide adoption, I will say the future for Bitcoin is very bright.

I make this assertion based on these facts:

From the analysis conducted by skew.com, BTC fared thus far in 2019

In our world today, cryptocurrency cannot be talked about without first of all mentioning Bitcoin.

Bitcoin is the most secure blockchain in the world.

It has been subject to multiple attacks and forks and yet, it still stands today, becoming more resilient after every attack.

This is where we hit the brakes in today’s post. So far, it has been an interesting one.

So after reading through, guess you have some things to say.

But before that, do you own BTC and how did you acquire it?

Do you know of any change that can be made to the Bitcoin blockchain to make it better?

Your comments and questions are welcomed in the comment section below.

And of course, give us a share using the social media buttons right below.