Cryptocurrency and blockchain became the worldwide trend in the 2010s.

Crypto geeks claim that this technology will replace all traditional financial operations in a few years.

Developers continue disrupting industries like healthcare, online retail, or entertainment. However, the world still isn’t ready for a radical change.

National governments control nearly everything, while decentralized systems face a number of issues in terms of adoption and regulation.

If you wonder where crypto startups have the most chances to survive and become successful, let’s discover which countries are the most suitable for crypto enthusiasts and how the world will change thanks to the blockchain implementation.

Entrepreneurs and regular people want to use cryptocurrency without difficulties, taxes, and pitfalls.

Some countries like China or South Korea fight innovations brutally by introducing strict laws and requirements or prohibiting miners and crypto deals at all.

However, the majority of modern governments try to regulate it more loyally. Some of them even focus on creating an advantageous crypto ecosystem.

In general, crypto-friendly countries have:

National governments that are friendly to digital currencies also have more loyal requirements for crypto exchanges.

While dealing with coins, it’s essential to choose the best service.

Learn about the governmental loyalty to crypto and the level of its acceptance in particular countries, follow the latest news on major fintech sources and check the overviews of crypto exchanges from industry enthusiasts – you may get important insights about the regulations or technical issues.

Before we continue to the list, it’s important to note that the situation may radically change.

Nobody can predict how and when governments may pivot their strategies.

Even the most loyal systems can’t guarantee constant support for innovations.

In its canton Zug, local government has developed the project Crypto Valley.

It creates a full blockchain infrastructure with a pro-crypto ecosystem which includes, for instance, lowered taxes and support for startups. Residents of Zug even have blockchain-based digital IDs.

Johann Schneider-Ammann, the Minister of Economy of Switzerland, noted that the government considered expanding the initiative. He claimed that it would be even possible to create a crypto nation.

The first step on their course to do so, the government published instructions on a legal ICO launch. Now, a lot of well-known companies have headquarters in Switzerland: Ethereum, Tezos, Shapeshift.

Many experts consider Japan as the most pro-crypto country in the world.

To start with, the Japanese government recognizes cryptocurrencies as legal tenders since April 2017. It means that Bitcoin and altcoins are in the same law zone as traditional fiat currencies say, Japanese yen.

As for upcoming innovations, Japan wants to create full blockchain-powered e-government. For instance, it should include transferring documents like land registries to the distributed ledger.

If Swiss Zug is Crypto Valley, Malta is Blockchain Island, according to the Minister of Economy.

It aims to turn into a unique crypto offshore country. Starting from July 2018, Malta is ready to accept crypto startups. Binance is among the largest ones that have opened their offices there.

That said, Malta is really attractive to investors because of the established and transparent regulation system.

While the majority of countries don’t understand how to deal with cryptocurrency in terms of legislation, Malta’s authorities already have a well-oiled system.

The country has invited Omnitude to build a transport network and founded the first decentralized bank.

This Baltic state realizes that it can become the region’s leader owing to the well-timed adoption of new technologies. After launching the e-residency process, Estonia has unveiled plans to make all governmental services blockchain-based.

Now, the country has the healthcare system called eHealth where all medical records are put in the decentralized network. Sensitive data, prescriptions, and payments are digital.

European and Asian countries are leaders of innovations and progress. However, some other regions are also trying to catch up.

For instance, Antigua and Barbuda slowly join the crypto world, aiming to diversify its economy. The government allows investors to get the passport and residency in exchange for Bitcoin. The equivalent price is about $125,000.

Antigua and Barbuda don’t feature any extra crypto innovations, but investors should consider this country as one of the promising ones.

You can see that countries that were mentioned have different approaches to how to introduce crypto as a currency of the future.

The main trend is developing unbiased self-regulatory communities which can help governments to create the best blockchain ecosystems.

Japan’s associations, Dutch coalitions, CryptoUK – all these examples prove that the whole world slowly moves to the decentralization.

What will happen in different parts of the globe remains to be seen. 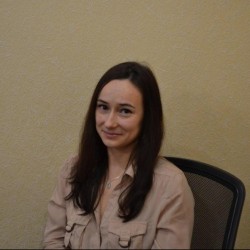 Julia Beyers
Acquiring a wealth of experience in writing articles on trends and prospects for the development of the game industry in the world I I've found myself as a Freelance Journalist. I am writing now about blockchain and cryptocurrencies trends, sometimes covering importance of bitcoin for various other industries.