This post is a complete overview of the cryptocurrency: Litecoin.

Litecoin is one cryptocurrency that has captured everyone’s attention because of the spike in its value in 2017.

Currently, Litecoin with a market capitalization of approximately 3.7 billion USD holds the 6th position on coinmarketcap.com preceded only by Bitcoin, Ethereum, Ripple, Bitcoin Cash and Tether in that order. (as at the time of this post 1 Nov. 2019)

In this post, you will not just learn what Litecoin is, you will get to know where and how to buy and store your Litecoins.

Ready to go on this discovery quest with me?

So… let’s cut to the chase.

To ensure that you will have a great discovery experience, I have chunked the bulky details into these subheadings:

Now, let’s get down to business!

Just as we have different fiat currencies, so it is with digital currencies.

Being the first cryptocurrency ever, Bitcoin takes the lead and is followed closely by some other altcoins like Ethereum, Ripple, Bitcoin Cash, and of course, Litecoin.

Litecoin(LTC) is a cryptocurrency that was created back in 2011 by Charlie Lee, an ex-engineer of  Google.

Unlike Bitcoin’s creator, Satoshi Nakamoto whose identity is not known, Charles Lee is an engineer that has worked for Microsoft, Google and Coinbase.

Lee is a Bitcoin enthusiast who has not only followed the progress of Bitcoin but has used it from its inception to learn more about the idea behind it.

He found a way to improve the technology behind bitcoin such as the speed, number of coins, security, mining process, and transaction cost, leading him to create Litecoin.

Owing to the great increase in its value (over 7000% in 2017 alone compared to Bitcoin’s 1700%), more merchants are beginning to adopt Litecoin as a payment option for goods and services.

But… how is Litecoin created?

Just scroll down to find out.

Litecoins are generated/created through a process called Mining.

The total number of Litecoin that can ever be mined is 84 million LTC.

Litecoin and Bitcoin use Proof of Work consensus mechanism but unlike Bitcoin mining which uses the SHA-256 algorithm, Litecoin mining uses the S-crypt algorithm.

Now that we have some Litecoins, let’s talk about where to store the coins.

Where to Store Litecoins (Litecoins Wallets) 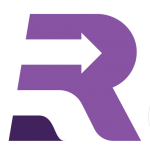 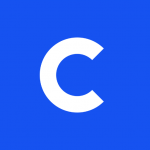 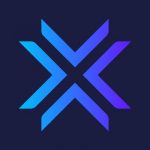 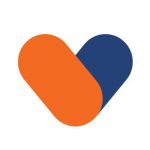 Litecoins are stored in Litecoin wallets.

The wallet can be a Cold (Hardware) wallet or a Hot wallet (Online) wallet.

You can purchase hardware wallets from companies like Bitfi, KeepKey, Trezor, and Ledger. They are the safest kind of wallet because they are offline and not hackable.

Hot wallets are online wallets provided by some exchanges. Some reputable Litecoin wallet providers include:

Litecoin(LTC) Exchanges (Where Can I Buy/Sell Litecoin?)

Following its surge and popularity, the number of Litecoin exchanges has also increased to meet the people’s demand.

The list of top Litecoin exchanges are as follows:

The exchanges are discussed in detail below.

It started as Bitx in 2013 in Singapore and expanded to several other countries.

Luno is the most popular exchange in South Africa as it records its highest trading volume there followed by Nigeria.

You can buy LTC for local currency directly from your Luno App or desktop.

You can also trade the LTC/BTC, LTC/ZAR, LTC/NGN, and LTC/MYR pairs on the Luno Exchange.

Quidax is Nigeria’s fastest-growing cryptocurrency exchange which was launched in 2018.

It has surpassed over 16 cryptocurrency exchanges in Nigeria to hold the 3rd place in terms of trade volume.

In Quidax, users can store Litecoin, trade Litecoin against Bitcoin or Naira as well as instantly buy, sell, receive, and send it.

Most Nigerian exchanges do not support all this feature. Because it is a trading platform, users can buy Litecoin at the lowest price in Quidax.

Blockvila, in my own opinion, is the number one OTP exchange to buy Litecoin in Nigeria.

This is because it has a simple and user-friendly interface, a great support system, and the processing time is quite fast.

Its office is located in Port Harcourt, Nigeria. You can contact them via WhatsApp, Email, Phone Number, and the Live Chat on the Blockvila website.

Apart from Litecoins, you can buy Bitcoin, other cryptocurrencies, and other digital currencies like Perfect Money, e.t.c.

The trading platform has since moved its headquarters to Tokyo because of regulations concerning cryptos made by the Chinese government.

Binance is a leading cryptocurrency exchange that currently supports Litecoin and over 100 altcoins.

Remitano is the number 1 Bitcoin exchange in Nigeria in terms of trade volume.

It operates a P2P system where it brings buyers and sellers together to trade and moderates the trade through the Escrow system.

Asides from Litecoin, you can also buy Bitcoin(BTC), Ethereum(ETH), Tether (USDT), BitcoinCash(BCH), and Ripple(XRP) from Remitano.

BuyCoins is a P2P exchange that is based in Lagos, Nigeria.

The exchange was launched in 2017 as Bitkoin Africa but later rebranded to BuyCoins in February 2018.

The platform serves only Nigerians and supports the following cryptocurrencies:

Paybis is a digital and cryptocurrency exchange that was launched in 2014 in Latvia.

It’s a platform where people can easily convert one currency type to another.

For example, from fiat money such as Dollar or Euro to e-currencies such as Perfect Money, Neteller to cryptocurrencies.

Other cryptocurrencies that can be bought on Paybis include Bitcoin, Ethereum, Ripple, Bitcoin Cash, and Neo.

It offers both peer-to-peer (P2P) trading and coin-to-coin pair trading in one integrated platform.

Other supported cryptos include:

Changelly is a non-custodial instant cryptocurrency exchange, which means that no users’ funds are placed in the service.

It has been operating since 2015 and acts as an intermediary between crypto exchanges and users.

The supported coins include:

Coindirect is a cryptocurrency exchange launched in 2017 and it offers 2 types of accounts to its users.

With the Personal account, you can trade 24/7 and enjoy other services from Coindirect.

You can buy and sell Litecoin and over 38 cryptocurrencies either by P2P using fiat or by swap i.e exchanging one crypto for another.

Litecoin is a cryptocurrency that is very similar to Bitcoin. It can be seen as an improved Bitcoin.

If you understand what Bitcoin is and how it functions, then a few highlights on the differences between these two crypto-coins will give you a perfect knowledge of what Litecoin is.

Firstly, they are both created in different years; Bitcoin on January 3rd, 2009 and Litecoin on October 7th, 2011. Bitcoin’s market capitalization is more than $163.5 billion while that of Litecoin is more than $3.7 billion.

One of the key advantages of Litecoin over Bitcoin is its confirmation speed. It is 4X faster.

It takes 2.5 mins to confirm each LTC transaction while that of Bitcoins is not less than 10 mins.

With this, the Litecoin network is able to handle more transactions than the Bitcoin network. You also save money when sending Litecoin as it is much cheaper to send as compared to Bitcoin.

Only 21 million BTC can ever be mined while that of Litecoin is 84 million LTC.

It is worthy to note that cryptocurrency transactions are instant; it is their transaction confirmation that takes time.

Another main difference between Litecoin and Bitcoin is their mining algorithms. Litecoin uses Scrypt while Bitcoin’s hashing algorithm is SHA-256.

The SHA-256 algorithm is complex and as such, very slow when computing. It also requires strong computation equipment like ASIC(One ASIC is equal to 500 supercomputers in processing speed).

But it is not so with Litecoin which uses Scrypt algorithm. Owing to its simplicity, Scrypt-based coins like LTC can be mined faster. Less advanced equipment such as GPU is required to mine Litecoin.

Where can I spend my Litecoins?

The number of merchants around the world that accepts Litecoin for the exchange of goods and services is on the increase. You can practically live a day to day life spending only these coins.
Click here to see the list of merchants that accept Litecoins.

Is Litecoin a fork of Bitcoin?

The answer is No!
Litecoin is just modelled as Bitcoin but is not considered a Bitcoin fork. This is specifically because Litecoin began from scratch and not from a particular Bitcoin block(typical of forks).

What Consensus Mechanism does Litecoin use?

Since its inception, Litecoin has gained worldwide popularity and has never left the top 10 cryptocurrency list.

This is despite the fact that it was created 2years after Bitcoin that it was meant to complement.

With this, I draw to a close our discovery hiking trip today( you can loosen those boots now).

And the good part is that we get to talk at this point.

Which of the exchanges have you used and how did the transaction go?

Do you think I left out any reputable exchange that should make the list?

Now that you know all about Litecoin, do you think it will get to outshine Bitcoin at some point?

Or perhaps, something I explained is still not clear.

You can drop all your replies and questions for me in the comment section straight away.

And don’t forget the very last task: Hit the share buttons below.