For today’s post, I did a comprehensive review of IOTA(IOTA).

IOTA (IOTA) is a distributed ledger for the Internet of Things(IoT) that does not make use of the conventional blockchain.

It rather uses a quantum-proof protocol that is known as Tangle – a Directed Acyclic Graph(DAG).

IOTA’s Tangle has no fixed limit on how many transactions that can be confirmed per second in the network.

Instead, the throughput grows in conjunction with activity in the network; i.e. the more the activity, the faster the network.

This IOTA review will provide you with all the details about the IOTA project, exchanges to buy/sell IOTA, top wallets for holding IOTA, and its prospects for the future.

Now, I invite you to journey with me into the interesting world of  IOTA.

The discussion of today will be hinged on the following points:

You will have the full details of any point displayed to you when you click on it.

Having known the itinerary, go on and tighten your seat belts.

We are about to hit the road.

IOTA, as I mentioned earlier, is both a platform and a coin.

IOTA is a permissionless distributed ledger for a new economy.

It prides itself as an Internet of Things application platform that does not make use of a blockchain.

*The Internet of Things(IoT) is an ecosystem of physical devices – vehicles, appliances, etc.

These devices possess the ability to connect, collate, collect and exchange data with little/no human intervention.

To better understand what IOTA is bringing to the table, think of a situation where you visit a provision store to buy items.

But instead of picking your items and taking them to the counter to calculate the cost, make payments, and then do some weight lifting by taking them to your car, you do something really simple.

You just take out your phone, choose the items you want to buy, pay online and a machine takes them to your car or even directly to your home; saving you time and stress.

Won’t that be an interesting development?

The beauty of the IOTA platform lies in the fact that it allows everyone the opportunity to make payments for items from any part of the world – free of charge!

If you are sending 10,000 NGN from Nigeria to Ghana, you will pay 10,000NGN only without any transaction fee.

It launched its Initial Coin Offering( ICO) as far back as 2015 and was able to raise a total of 1,337 Bitcoins from the ICO.

IOTA is overseen by the IOTA Foundation, a non-profit organization.

The foundation is dedicated to developing the technology and maintaining it license-free for all developers to work with.

They have also established collaborations with companies like Volkswagen, Innogy, Fujitsu, etc.

IOTA went into the beta test like most others in 2016.

But it got off to speed in 2017 with the injection of a considerable amount of money for its development, marketing and upgrade.

It made its debut in June 2017 as MIOTA at Bitfinex (one of the world’s largest exchanges).

But how does IOTA work?

I explained that explicitly in the next section.

IOTA, unlike Bitcoin and Ethereum, does not use a blockchain.

It rather uses a peculiar Tangle log that is based on the DAG-directed acyclic graph.

Directed – because all the reference pointers point in the same direction.

Acyclic – because you cannot follow the path from any one transaction and arrive back at the same transaction (in other words, no loops).

With Bitcoin and some other altcoins, everything is stored on the blocks – transactions, data, etc.

In order to make a transaction in the Tangle network, you have to validate 2 previous transactions.

The reward for doing so is that your own transaction will be validated by some subsequent transactions.

This kind of system ensures the network runs efficiently and at a lesser cost.

It gives no room for delayed transactions (no scalability issues) and fees.

Having learnt how IOTA works, read on to the next section to know the best exchanges to purchase IOTA from.

There are a number of reputable exchanges where you can buy/sell your IOTA.

Founded in China by Changpeng Zhao, it is a trading platform for IOTA and more than 500 crypto pairs.

Coindirect is a cryptocurrency exchange that was launched in 2017.

It offers 2 types of accounts to its users:

Coindirect is available in 25 countries and supports IOTA and other cryptocurrencies like Bitcoin, Bitcoin Cash, Steem, etc.

HitBTC was founded by experienced system architects and technology experts in 2013.

It is run by HIT Solution Limited, a Hong Kong-based company.

The platform offers tools and features that will enable users to engage in real-time trade with high reliability.

It has more than 800 trading pairs and the supported cryptocurrencies include:

Yet to Review HitBTC Visit HitBTC

Changelly( which was once a subsidiary of the Minergate team but not anymore) was launched in 2015.

The supported cryptocurrencies include:

Where Can I Store My IOTA?

The best wallets where you can store IOTA include:

Ledger wallets are good hardware wallets for storing IOTA and other cryptocurrencies.

This is because your coins are kept offline. They are produced by a French company called Ledger.

In November 2018,  IOTA Foundation announced its collaboration with Ledger to integrate IOTA tokens.

The Ledger wallets enable users to protect their private keys.

This enables them to access their IOTA tokens in a state-of-the-art secure chip.

It has a beautiful user interface.

It also keeps you up to date with the current value of IOTA across a range of currencies.

Trinity Mobile is out on both iOS and Android.

The desktop version is available on Windows, Mac, and Linux.

Simply choose the right option for your operating system.

This is a desktop wallet for IOTA.

It has a complex user interface that is only for experts.

Nostalgia is available for Windows, Linux and Mac operating systems.

This is an open-source wallet designed to offer fast and easy access to your IOTA holdings.

It is free to download and use and also easy to interact with. Its features include:

I will now answer some very important FAQs about IOTA below.

How does the IOTA Foundation make money since there is no transaction fee?

IOTA is an open-source distributed ledger.
It is being built to power the future of the Internet of Things(IoT) with feeless microtransactions.
You can think of it as the open-source Hyper-Text Transfer Protocol (HTTP).
It serves as the foundational protocol for the World Wide Web.
No organization owns these open-source protocols because it cannot be owned.
In the same way, the IOTA Foundation is mandated to:
– develop the open-source IOTA protocol further
– bring the protocol to production-readiness
– enable a pathway for its full-scale adoption
One way the foundation makes money is from the initial IOTA tokens.
These were donated by the IOTA community during the crowd sale.
The donated tokens still constitute a significant portion of the Foundation’s assets.
Note that the IOTA total token supply will remain fixed forever.
Thus, an increase in the demand of the tokens (as its protocol is been adopted into the machine economy and IoT industries) will directly result in a rise in its value.
Another way is from grants from different governments to perform research and development.
The foundation also functions with donations from individuals or enterprises.

Can I mine IOTA?

No.
The total IOTA token supply was “minted” on the genesis transaction and will never change.
It is now impossible for anyone to “mint” or “mine” new tokens.

What is the total IOTA token supply? 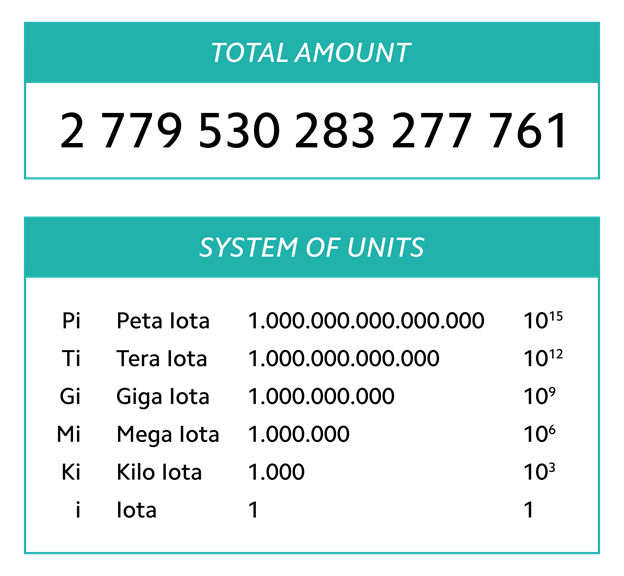 MIOTA is equal to 1 million IOTA.

What is the difference between IOTA’s Tangle and the Blockchain? 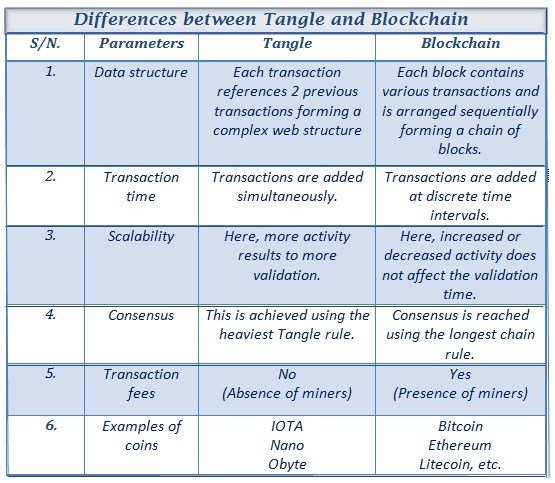 Is It Safe to Invest in IOTA?

IOTA stands out from other cryptocurrencies in that it:
– has zero transaction fees
– allows for micro-transactions to be conducted on its platform
– facilitates fast, efficient and reliable transactions
– (the project) looks set to becoming a driving force in the same direction as the internet of things
– ranks number 18 on coinmarketcap.com with a market cap value of $956,262,349 and 1 IOTA = $0.344037
**Figures from CMC as of 3rd Feb. 2020.
This coin shows signs of a bright future considering its collaboration with some of the world’s largest consortium like:
– Samsung
– Fujitsu
– Airbus
– Bosch
– Ledger
– Cisco
– Microsoft, etc.
In the future, it’s likely that IOTA will turn out to be one of our most widely developed technologies.
But you should not be carried away when making cryptocurrency investments.
Only invest what you can afford to lose.

Here is the last part of this post and so far, you have learnt:

I am sure you’ve written down some questions and comments.

But before we get to that, let me know your thoughts on these:

Do you think DAG technology will be adopted by more coins?

Is there a possibility that IOTA will move up the ranking table in the nearest future(putting into cognizance the efforts of the IOTA team)?

Do you own IOTA and what was your experience acquiring the coin?

Leave your answers, contributions, and questions(if any) in the comment section below.

Find the buttons right below.

Gain the knowledge of other coins by clicking on any of the links below: