Today’s post is all about Fibonacci Retracement a crypto trading indicator used in technical analysis.

These ratios are found in the Fibonacci sequence. 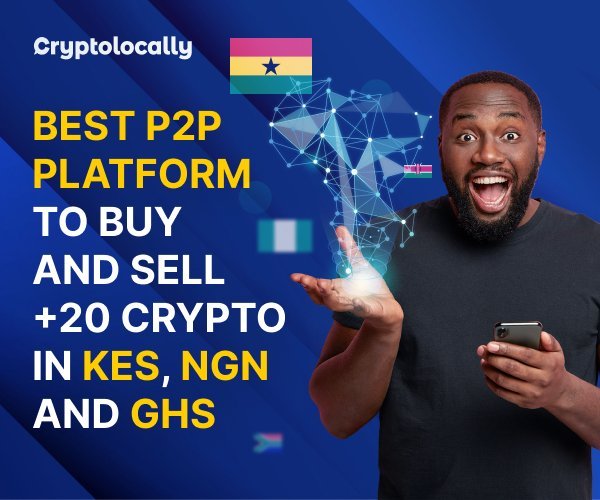 Fibonacci ratios are used to define retracement levels and forecast the extent of a correction or pullback.

In this post, I will explain what Fibonacci Retracement is, what it is used for, and how you can use it to trade profitably.

I explained most of the terms I used here in my ‘Crypto Trading Indicators‘ post(the #1in this Chart 101 series).

Okay…Enough talking done! Let’s get to the day’s business.

The discussion of the day is centered on the following subtopics:

A click on any subtopic displays the whole details therein.

Have a wonderful reading experience!

For a complete understanding of the series, read in this order:

Fibonacci(pronounced  “FIB” + “uh” + “NAA” + “chee”) Retracement is a method in technical analysis that is used to identify the support and resistance level.

Fibonacci is one of the most famous names in mathematics and whose real name is Leonardo Pisano.

Leonardo Pisano was the son of Guglielmo Bonaccio.

The name ‘Fibonacci’ came to be when scholars studying the copies of his script misinterpreted part of the title ‘Filius Bonacci’ which means ‘Son of Bonacci’ as his surname.

Fibonacci Retracement is a popular tool that technical traders use to help identify strategic spots for transactions, stop losses, or target prices to help traders get in at a good price.

It uses a horizontal line to indicate where you can possibly find support and resistance levels.

Every level is marked by a percentage which shows how much of the previous move the price has retraced.

The indicator does not have any formula.

When you apply the indicator to a chart, you can draw the lines between any 2 significant price points, like a high and a low.

Then the indicator will create the levels between those 2 points.

Fibonacci numbers are found throughout nature, and therefore many traders believe that these numbers also have relevance in the financial markets.
I will be explaining how the Fibonacci Levels are gotten in the next section.
Read on.

How Are The Fibonacci Levels Gotten?

Fibonacci Levels are derived from a number series that the Italian mathematician introduced to the West during the 13th century.

This sequence extends to infinity and contains many unique mathematical properties.

Each new number is the sum of the two numbers before it. Thus,

As the sequence progresses, each number is:

I will explain further below.

A number divided by the next highest number approximates 0.6180:

The approximation nears 0.6180 as the numbers increase. This is the basis for the 61.8% retracement level.

A number divided by another two places higher approximates 0.3820:

The approximation nears 0.3820 as the numbers increase. This is the basis for the 38.2% retracement level.

A number divided by another three places higher approximates .2360:

The approximation nears 0.2360 as the numbers increase. This is the basis for the 23.6% retracement level.

The 50% retracement is not based on a Fibonacci number. Instead, this number stems from Dow Theory’s assertion that the Averages often retrace half their prior move.

Based on depth, we can consider a 23.6% retracement to be relatively shallow.

Retracements in the 38.2%-50% range would be considered moderate.

I will now explain how it works in the next section.

How to Draw the Fibonacci Retracement

In drawing the Fibonacci Retracement(Fib), you can go 2 ways. You can draw from left to right or you can go right to left.

For this explanation, I used the Tradingview platform.

To draw a Fib, you will follow these steps: 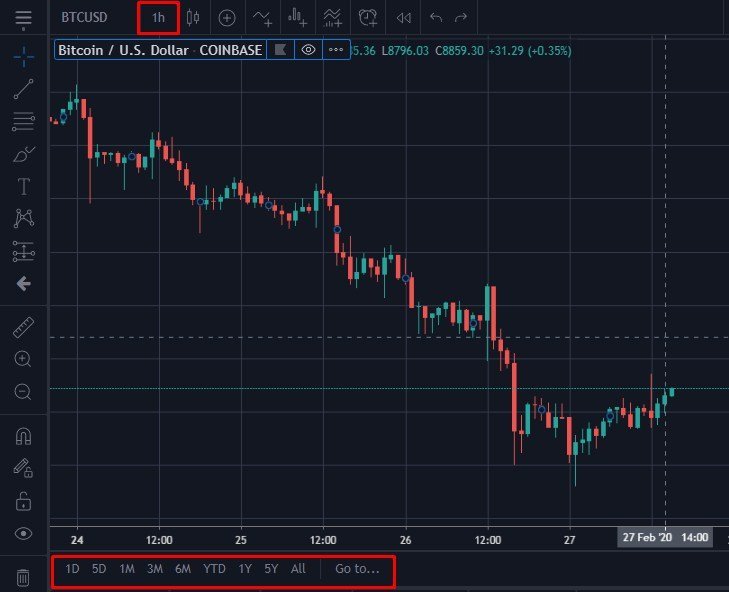 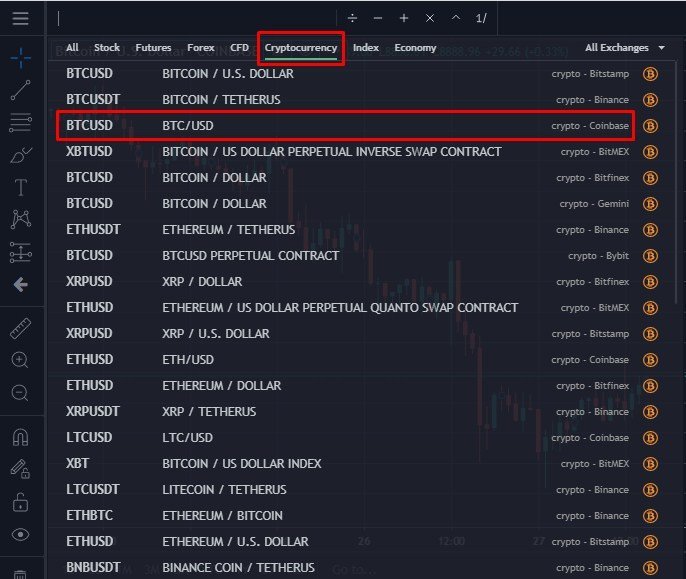 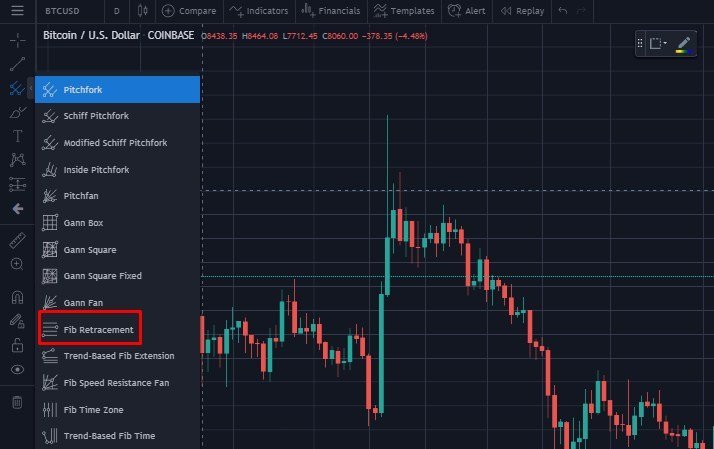 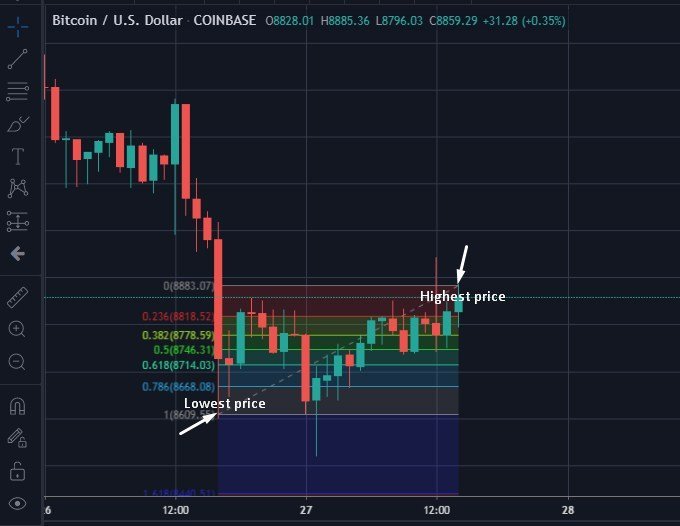 In using the Fib tool, it is advisable to pull it out at the point where an uptrend or downtrend ensues. When done, you can watch how the price fares at each level and know how to set your buy/sell limits.

You can set buy limits at 50% or 62% levels expecting a turnaround though in some cases, the price may still go down further to 100% (which will result in a total reversal).

Sell limits can be set at the 38% level as price dips up to that level (most times) before shooting up again.

Now in drawing the Fib, there are few things to note:

I answered some frequently asked questions about Fibonacci Retracement below.

What is the difference between Fibonacci Retracement and Fibonacci Extension?

Fibonacci Retracement is not foolproof and thus, fails at some point.

Sometimes, prices may reverse to the 38% level or may hit the 50% or 62% level before turning around.

Again, determining which Swing Low and Swing High to use becomes an issue.

Since there is no laid down formula for that, it will now depend on the perception of the trader(which differs from one person to another).

This is the main reason why you need to hone your skills and combine the Fibonacci retracement tool with other tools to help give you a higher probability of success.

What other indicators can work with Fibonacci Retracement?

Some other indicators that you can use Fibonacci Retracement with include Bollinger Bands, Moving Average, Moving Average Convergence and Divergence(MACD), etc.

Trading with Fibonacci retracement is profitable and requires proper practice.

It is a wonderful tool but should not be used alone.

With that, I come to the end of today’s discussion. I hope it was worth your while?

So after reading through, do you have any questions to ask me?

Do you use this tool and what was your experience using it?

What other tool are you going to add to Fibonacci Retracement to trade profitably?

Let me know your answers in the comment section below.

And as usual, our last task: Share this post by clicking on the buttons below. Help someone trade profitably!