Decentralized Exchanges(DEXs): Are They The Future Of Cryptocurrency? 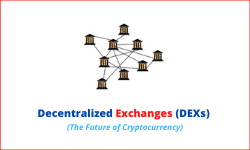 Decentralized Exchanges (DEXs) are the future if they can solve these problems.

Decentralized exchanges or DEX are often prophesied as the future of the cryptocurrency world.

Unlike centralized exchanges where the funds are stored within several hot wallets pooled altogether, DEX allows you to connect to their exchange protocols and fully control your private keys.

Even the bosses of CEX (Centralized Exchanges) often tout the future of crypto trading in the hands of DEX.

However, even though DEX has been rising and becoming more common than ever with the rising popularity of Uniswap and DeFi apps, it’s still not very mainstream yet. And it will take a long time before Uniswap or other DEX can replace the likes of Binance and Huobi.

Find out more information about the best decentralized crypto exchanges.

So, what do Decentralized Exchanges need to do to truly become the future of crypto trading?

The most attractive feature in CEX is definitely the ability to trade your crypto assets from one blockchain to another easily.

For example, you can easily change your BTC to ETH on Binance, Huobi, Bitfinex, etc. The process is very smooth, fast, and the trading fees are still relatively cheap.

There are talks and features on DEX that can “bring” cross-chain trading solutions but haven’t become very popular yet.

For example, the concept of wrapped tokens – WBTC or renBTC has become popular. Their valuation is 1-to-1 to BTC, just like stablecoins’ valuation to the USD.

However, these wrapped tokens still face big challenges if you plan to trade them on DEX.

The biggest challenge is the fact that it’s actually not that easy to “unwrap” the token to real BTC.

This reason, (alongside the gas fees’ problem) has caused these wrapped tokens to be less appealing.

Their price is never really 100% the same as BTC (always lower when you attempt to sell them).

Suppose these developers can solve this problem and bring other tokens from other blockchains to the same ecosystem (i.e. Ethereum).

In that case, DEX might eventually become more popular than CEX.

However, keep in mind that issuers of wrapped tokens are still “centralized” as well, so it brings back the same debate about decentralization.

Another big problem that Decentralized exchanges have been facing is the scalability of the blockchain itself.

Ethereum, as the number one platform for DEX, has been widely criticized for its expensive gas fees and slow transaction speed.

Since the rising popularity of DeFi, gas fees on Ethereum have been consistently higher than 100 GWEI, which is crazily high for any smart contract transaction.

The problem here is that you would never really match the speed and even transaction fee of CEX as they use centralized servers for their transaction executions.

That being said, there are some “tolerances” that crypto traders can take.

In that case, it’s possible that the average gas fees will become significantly cheaper and tolerable.

However, it remains to be seen if crypto traders on DEX are willing to adopt a new blockchain platform.

They rather wait until Ethereum improves its technology with upcoming Ethereum 2.0 implementations.

Another big problem of DEX is their inability to prevent trading bots from plaguing and clogging their network.

This is different from centralized exchanges where the owners could easily make changes to their APIs to limit the power of these bots.

As DEXs are fully based on the blockchain technology itself, they can’t really do much to prevent trading bots from taking advantage of their platforms.

Usually, trading bots don’t matter much in normal DEX transactions, but things get very complicated when a new token tries to issue their crypto for the first time in Uniswap.

Whether this kind of thing will ever improve, we don’t know.

Obviously, forcing everybody to use KYC is not really a long-term solution when it comes to DEX as KYC is often controversial for any decentralized trading platform.

Despite their shortcomings, decentralized exchanges are still popular

DEX are still very popular despite their shortcomings.

This year (2020), DEX are still enjoying a significant rise in popularity.

While DEXs were almost non-existent in the previous years, this year people have been using a lot of DEX due to the upward momentum of DeFi.

The fact that they remain very popular despite their shortcomings is a promising sign of what’s ahead of us.

Check out this article to get information about the future of Blockchain.