Drug addiction has already taken on different forms. And recently, those involved in the drug trade, including the substance abusers, appeared to have become extra creative.

These people have taken advantage of the unending innovations in the world of business, particularly the surge of e-commerce.

As cryptocurrency has continued its popularity, the number of products it can actually purchase has widened.

It is already being used as a form of payment to close deals between the drug pusher and drug dependent.

Who would have thought that a digital currency would eventually be used in securing illicit substances?

Addiction, being likened to a serious illness such as a heart ailment, affects someone’s daily life – from health concerns to social behaviour.

However, no matter how serious it could get, there is still hope for recovery.

Amid this scenario, the problem of drug addiction has been observed to continue its hold among different races around the world. It has remained as one of the top challenges of several governments.

The current struggle on crypto drugs might have contributed to this particular area of concern.

It was learned that drug dealers have been using cryptocurrency to widen their online market for regulated drugs, like the opioid fentanyl.

Why is Bitcoin Popular?

Many might have been asking why this form of payment has been gaining ground. Of course, there is a reason behind this.

Accordingly, using bitcoin to transact business online is safer compared to doing an actual meet-up, especially if the product involved is illegal.

Cryptocurrency holders’ identity is unknown. Although the transactions are digitally recorded, the people involved have no faces.

No personal information is required when you open an account and use your digital wallet. In short, your identity is masked.

Your chance to order an unlimited supply of crypto drugs is not impossible. Drug dealers have not put a cap on the number of orders you can place online.

Once the deal is closed, your order would be delivered right at your doorstep.

How Huge is the Crypto Drugs Trade?

The so-called crypto market, or the place where actual trading happens, is a multi-million dollar online trading hub.

In 2013, the Federal Bureau of Investigation (FBI) was successful in shutting down the operations of Silk Road, the famous crypto market on the dark (hidden) web, because of illegal activities.

Nonetheless, a copycat immediately replaced it only after a month.

In January 2016, the total revenues from the drugs sold in the crypto market reached $12 million to $21.1 million.

It was further disclosed that 25 percent of the crypto drug transactions during the said period were worth at least $1,000.

Most of the traded prohibited substances are cannabis, with 37 percent; stimulants like cocaine and amphetamines, 29 percent; and the ecstasy-type of drug, 19 percent.

Looking at Cryptocurrency Beyond Drug Addiction

The impact of cryptocurrency to drug addiction can never be denied. Some, though, seem interested to also discuss the good things that bitcoin can do for charity works.

It was noted that donations to charities can be done in a form of cryptocurrency. The transfer of “funds” from the opposite sides of the world would be fast and convenient.

This practice has already been done by some. One example was the $55 million worth of bitcoin donation made by Pineapple Fund to charities anonymously.

The opportunity to create a wider pool of possible donors has been emphasized. It was explained that anyone around the world could make a transfer from his or her personal online wallet to a chosen charity with ease.

Could this be considered, too, as a practical mechanism to help rehabilitate the victims of crypto drugs and those who would like to break free from drug addiction through funding for drug rehab?

Who knows, this could eventually happen. 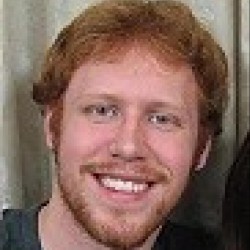 Dale Vernor
Dale is a writer and researcher in the fields of mental health and culture and science. Dale finds interest in modern technology and the advancements of technology in the past decades. When not working, you can look for Dale at your local basketball court