TweetPinLinkedInEmail
Twitter made the announcement that it will ban cryptocurrencies ads from its platform today, joining a host of other digital ads platforms that have taken a similar stand. The ban is to take place beginning tomorrow, 26th March and will cover cryptocurrencies, initial coin offerings and cryptocurrency exchanges. Twitter had earlier in the month said that it’s taking various measures that are meant to prevent user accounts related to cryptocurrencies from engaging with other users in a deceptive manner. However, due to what many in the crypto industry presume to be pressure from other tech giants, the company has followed in the footsteps of Google and Facebook and banned the ads altogether.

Facebook was the first to make headlines when it announced a revision of its ads policy effectively banning ads related to cryptocurrencies, initial coin offerings and cryptocurrency exchanges. The announcement which was made in January this year led to a huge downward spiral for most cryptocurrencies. With most cryptocurrency owners being in the market purely for profits, many were concerned that the ban would have a negative effect on the prices and the panic led to massive sales. Bitcoin tumbled by over 10% in just a few hours to trade at record lows for the year. Just when the market was recovering and on its way up, Google announced in mid-March that it was also banning cryptocurrency ads from its platform. Google’s ban would, however, take place from June this year. With Google being the largest digital ads provider, it was only natural that there was panic once again and the price of most cryptocurrencies suffered as a result. The ban would also affect ads on YouTube which is owned by the same parent company as Google, Alphabet Inc. This took away a very crucial advertising platform for cryptocurrency-related companies.

Why the Widespread Crackdown on Crypto Ads?

The ban on crypto ads by these platforms and many more such as Baidu and Tencent has been received with mixed reactions. Most crypto enthusiasts have been outraged by the continued systematic suppression of the industry just because there have been a few elements of frauds. This, they argue, is natural for any industry especially when in its nascent stages. With cryptocurrencies advocating for decentralization, these tech giants may feel threatened as they have continued to control a large market share which would be threatened by the widespread adoption of the blockchain technology. There have been others who have expressed their support for the bans arguing that the rise in cryptocurrency and ICO scams have been largely contributed to by the continued exposure they receive from many digital ads platforms. In the past, ICO scams have used these platforms to advertise their products targeting those who are unable to tell the real and the fake. With the promise of guaranteed returns, they have targeted investors who seek get-rich-quick schemes and have made away with millions of dollars.   It remains to be seen whether the ban by Twitter will cause any major shift in market forces for the already very volatile cryptocurrency market. As these companies develop better systems to detect the fake and fraudulent ads on their platforms, they might readmit the genuine ads.
TweetPinLinkedInEmail 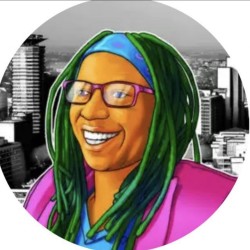 Steve Kaaru
I am a very awesome human. I love writing, and I am awesome at it. I am a blockchain and cryptocurrency enthusiast and championing the blockchain through well-crafted articles is what I do