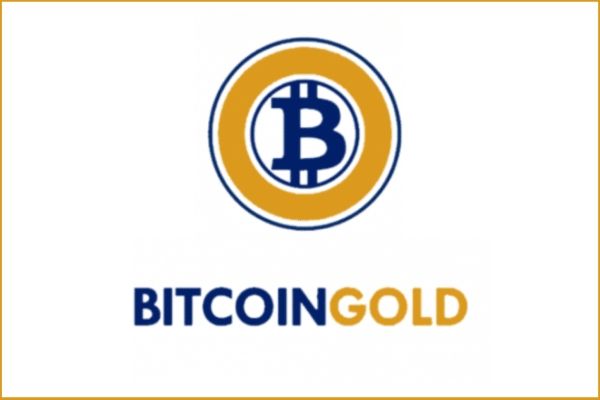 In today’s post, I will be discussing Bitcoin Gold, a cryptocurrency that was gotten from a fork of Bitcoin.

Only a few months after Bitcoin Cash(BTC) hard fork, the Bitcoin blockchain experienced another hard fork which ushered in Bitcoin Gold(BTG).

By so doing, mining will be made accessible to everyone thus decentralizing the Bitcoin blockchain again.

But how far has it gone with its vision of ‘decentralizing Bitcoin again’?

You will find that out and much more in this post which I promise will provide answers to whatever query you might have about Bitcoin Gold.

Just grab your pen and jotter and hop in for this ride into the BTG world.

The following subheadings will spear-head our discussion today:

Details of the above-listed subheadings can be accessed by clicking on any of them.

Have a swell reading experience!

As mentioned above, Bitcoin Gold is a hard fork of Bitcoin which occurred on 25th October 2017 with block 491,407 on the Bitcoin blockchain.

When that happened, Bitcoin Gold took a record of all the balances and transactions on Bitcoin up to that point. From that point, a new blockchain emerged.

The Bitcoin Gold project was driven by some developers and miners that were headed by Jack Liao, the CEO of the LightningAsic, a Hong Kong-based mining equipment manufacturing company.

The fork occurred due to perceived mining centralization in Bitcoin.

Bitcoin follows the Proof of work protocol and does ASIC mining. Because of this, people and organizations that can afford faster and more powerful ASICs usually have a better chance at mining than the others.

As a result of this, Bitcoin isn’t as decentralized as it is meant to be.

To solve this, Bitcoin Gold altered Bitcoin’s Proof-of-Work algorithm from SHA-256 to the Equihash algorithm. Because of this small adjustment, BTG can only be mined via GPUs and not with ASICs.

As a result, Bitcoin Gold mining would be spread among many miners, instead of a few large companies.

Another interesting thing that the BTG team did after the launch was what is called ‘Post Mining’.

These coins were used for two purposes:

But how does mining on BTG blockchain work?

Bitcoin’s current ASIC driven blockchain makes use of a hashing algorithm known as SHA-256 for its Proof of Work.

But Bitcoin Gold’s founders have replaced SHA-256 with an ASIC-resistant algorithm developed by Dmitry Khovratovich and Alex Biryukov known as Equihash.

Equihash is not new to blockchain technology; it is being used with resounding success by notable cryptocurrencies such as Zcash.

With Bitcoin Gold adopting this algorithm, it has made mining more distributed. Thus, fulfilling the purpose for which BTG was created.

To mine BTG, you’ll need:

With the above requirements complete, you can start off mining on your own or join a mining pool.

Other things to consider include electricity supply, how to cool your mining equipment, and how to manage the noise from the equipment.

You can also decide to sign up for a mining contract with a reputable cloud mining company.

Having discussed BTG mining, it will now be the appropriate time to look at the best wallets where the mined coins can be stored.

Where Can I Store My Bitcoin Gold(BTG)? – The Best BTG Wallets

The best wallets where you can store your BTG  include:

The Ledger wallets are among the most popular hardware wallets available.

They look like ordinary USB drives, but they feature a built-in screen.

Known to be simple and secure, the Ledger plugs into your computer through the USB port.

They’ve proved to be one of the best Bitcoin Gold wallets.

The Trezor hardware wallet is yet another popular choice for those who want to store their cryptos offline.

Trezor is designed to provide protection against the threat of keyloggers that might record the keystrokes needed to access your funds.

Trezor does this by generating a randomized PIN code each time you want to access your wallet.

KeepKey Wallet is one of the oldest and secure hardware wallets to secure cryptocurrencies.

It uses advanced technology to protect the customer’s funds from theft or hacks.

KeepKey has been integrated with the ShapeShift cryptocurrency exchange; so it is possible to exchange the digital assets directly from the device.

KeepKey wallet also provides the option to recover your account in case the device is broken, stolen or lost.

Exodus is a desktop wallet that can be used to store a wide variety of cryptocurrencies, including Bitcoin Gold.

It is mainly designed for people who are starting just out in crypto and hence, might not be ready to drop any money on a hardware wallet.

Its interface is user-friendly and has a comprehensive list of FAQs and articles explaining its features, troubleshooting and more.

Coinomi is a security-first, multi-chain wallet for both mobile and desktop.

It provides native support and true ownership for more than 125 blockchains (the biggest number in the industry for non-custodial wallets) and thousands of tokens.

All supported assets can be exchanged instantly via built-in support for ShapeShift and Changelly.

The wallet is available for all major Operating Systems.

The Bitcoin Gold Core wallet is the official full-node wallet of the digital currency that stores your private keys on your computer.

As well as sending, storing and receiving BTG, it even allows you to mine BTG.

It is available for Linux, Windows and Mac OS.

That’s all about the wallets that are the best for safely storing your Bitcoin Gold.

I will be discussing the exchanges where you can buy/sell BTG next.

Listed below are the best exchanges where you can buy/sell BTG in Nigeria:

This is still Nigeria’s number 1 broker exchange and was formerly known as ‘Ngexchanger’.

This can be accredited to its excellent customer support system, user-friendly interface, and instant funding when buying Bitcoin Gold.

Binance was launched in 2017 by Changpeng Zhao, a Chinese developer.

It is a trading platform for over 500 cryptocurrency pairs. and now offers more services apart from crypto trading.

Just recently(October 2019), it partnered with  Flutterwave, a global payment technology company to provide access to its African users to purchase cryptocurrency with fiat.

Coindirect is a cryptocurrency exchange launched in 2017.

It offers 2 types of accounts to its users: with the Personal account, you can trade 24/7 and enjoy other services from Coindirect while the Business accounts help merchants integrate cryptocurrency into their business.

Coindirect is available in 25 countries.

Other supported coins include Bitcoin, Ripple, Ethereum, Litecoin, and 150+ others.

CEX.IO was launched in 2013 as a Bitcoin exchange that also offers cloud mining services.

Over the years, CEX.IO included Bitcoin Gold to the exchange considering the growing interest towards it.

These are the top exchanges where you can buy/sell BTG in Nigeria. Other exchanges include HitBTC, Coinbase, OKEx, Bitfinex, etc.

I will now compare Bitcoin Gold to its predecessors: Bitcoin and Bitcoin Cash.

Scroll down to read.

The common thing with these 3 cryptocurrencies is that they all sprang from the same root: started off with Bitcoin and then 2 hard forks that brought about BCH and BTG.

The comparison will be based on:

Read the details below.

They have a total coin supply of 21 million coins each. This is because, as mentioned earlier, they all began from the same root(Bitcoin).

They are all mined with the Proof of Work algorithm but BTC and BCH still use SHA 256 while BTG uses Equihash.

BTG can be mined using GPUs but for BTC and BCH, ASIC miners are used.

This still remains 10 minutes for all 3 cryptos.

Difficulty is a parameter that cryptocurrencies use to keep the average time between blocks steady as the network’s hash power changes. This parameter is pre-set to adjust itself over a period of time i.e it either increases or decreases.

The difficulty increases if the set numbers of blocks to be mined are completed before the given time and then decreased if the blocks were totally mined way after the given.

And one may ask, ‘What if the blocks are mined at the set time?’ Well, if it happens this way, it just shows that the difficulty is set at the right level and so it continues at that level.

For BTC and BCH, the difficulty is set to adjust after every 2016 blocks(approx. 2 weeks). In other words;

Bitcoin Gold uses DigiShield V3, a difficulty adjustment algorithm to monitor the time that has elapsed between the most recent block and the median of a set number of preceding blocks. It maintains a 10-minute interval between blocks to adjust the difficulty.

Come with me to the concluding part to ask all the questions you have jotted down.

Now we’ve come to the end of this smooth ride into the world of Bitcoin Gold.

I’m sure you enjoyed the ride and that you learnt a whole lot too.

So now I will want to hear your comments and questions(if any); have few to ask though.

Which of the exchanges listed have you used to trade BTG?

Have you tried out BTG mining? What was your experience?

Do you think BTG is still living up to its motto of ‘decentralizing Bitcoin again’?

Leave your thoughts on the above questions in the comment section below.

That’s the space where you can ask me your own questions too and drop your comments.

Share the BTG knowledge you’ve acquired with others using the social media buttons below.